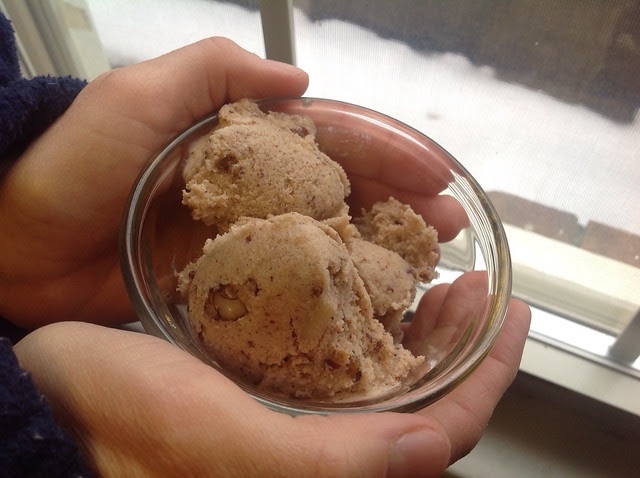 It turns out good vegan ice cream isn't terribly hard to make at home if you have a Vitamix. We came up with this recipe by tweaking one that comes with the Vitamix cookbook. Their version is also based on nuts, but they use water instead of soy milk, and their version is good fresh but freezes into solid ice if you don't finish it right away. Our version can be eaten fresh (~soft serve texture) or frozen and just set out for a few minutes before serving. Here's the recipe, with pics of each step along the way:

At least 4 hours before making your ice cream, freeze 3 cups of the vanilla soy milk (I do it the night before). Also, dry roast all of the pecans in a skillet until fragrant and golden (be careful not to let them burn). Set aside 1 cup of the pecans and freeze them. Put the rest of the pecans in a bowl, and keeping the skillet hot, melt the margarine. Add the salt, cinnamon, and brown sugar and mix well, followed by the pecans. Keep stirring until the pecans are coated, and the coating has mostly dried and crystallized onto the pecans. Set aside (separately from the 1 cup of plain pecans).

Once the cubes have frozen hard (they should be totally dry), add all of the ingredients listed under “ice cream” (except the frozen cubes of soy milk) to your Vitamix (please don’t try this in a normal blender; it will likely break). Chip the cubes out of the ice cube tray (mine always stick pretty badly) and add them to the Vitamix. Select variable 1, turn the machine on, and quickly increase to 10 and switch it to “high.” Use the tamper to press all of the ingredients down into the blades. Wait ~30-60 seconds for the sound of the motor to change and four mounds to form. Be sure not to overmix or it will melt extra. Pour into a bowl, fold in the praline pecans, and freeze.

Note that I made this recipe with the intent of freezing it after you make it and having it still be good. You could reduce the rum and liquid soy milk if you wanted to eat it right away, which will make it firmer up front.

Here are pics of each step: 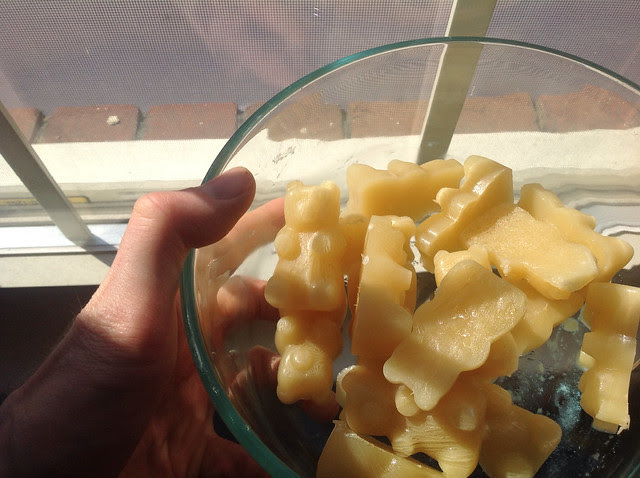 I find that using a silicon ice cube tray (in this case, a gummi bear shaped one) prevents the frozen soy milk from sticking to the tray. 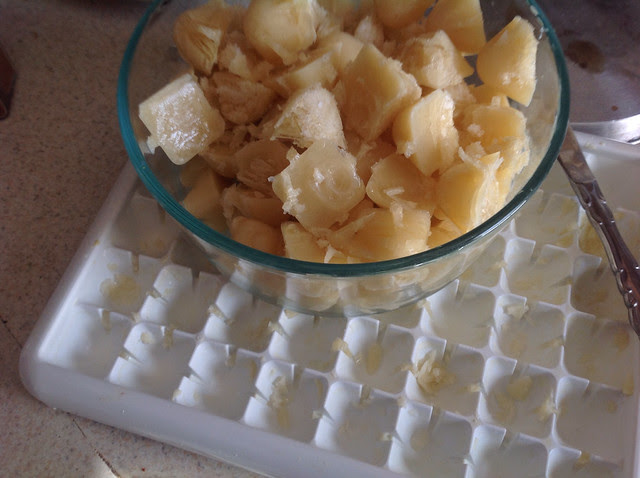 Note that the tray always ends up with some soy milk in it, and I have to use a knife to chip them out. 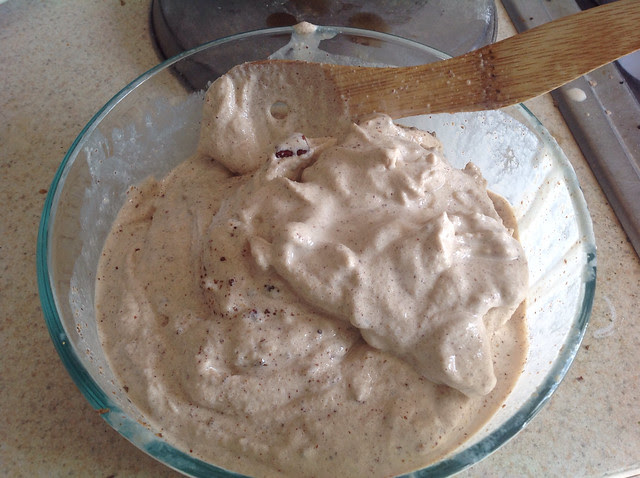 This shows the texture of the ice cream when it comes out of the Vitamix, it is definitely on the soft side due to the rum / salt / soy milk. 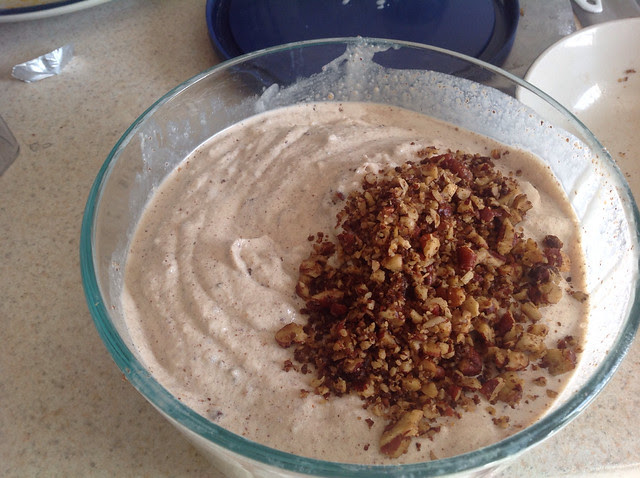 This is the cinnamon pecan praline awaiting being stirred into the ice cream prior to being frozen, and the finally eaten!