OK, should you spring for the extra $ involved in buying a commercial brie kit from Druid's Grove (still requiring preparation at home, but it's pretty easy), or spend the extra time required to make it from scratch? It depends! Here are the two contenders:

Commercial brie (we made this twice, once with coconut oil and once with deodorized cocoa butter: 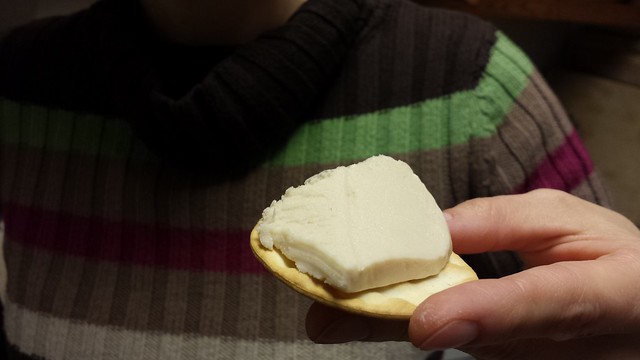 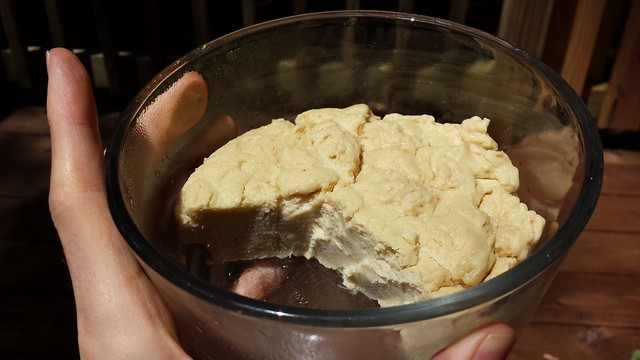 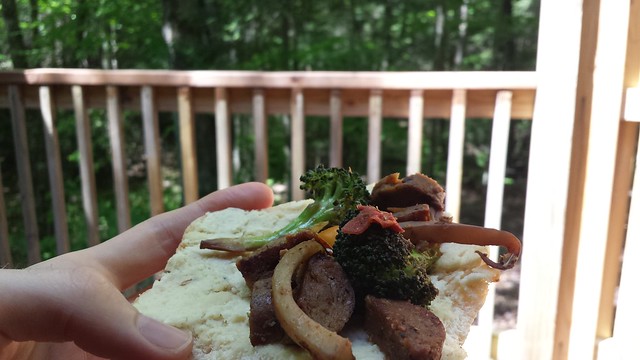 So, the commercial brie has a clearly superior texture and look. It is super smooth and melts in your mouth. Flavor is very mild, no one who knew what brie tasted like thought this cheese tasted like brie, or even like much of a cheese at all. But it was really good on crackers nonetheless.

The homemade brie (I went with the variant that maximized flavor and let it age extra time to really compare with the milder commercial one) was also good, and had more flavor (closer to real brie, but still distant), but not as smooth a texture. I will say that as it continued to age in the fridge it got a really nice sharp taste, and was good in several dishes. Oh, but the cashews do give it a bit of a sweet taste which is uncool.

Ultimately given the ease and texture, we would go with the commercial brie. But at $20?! We will instead focus on homemade cheeses that came out better at home like the gruyere and gouda (also from Miyoko Schinner's book). One downside of both bries is that they are extra-fatty since they have coconut oil in them for texture, and having it in your fridge is definitely encouraging.

Hopefully sometime soon we will have commercially available premade vegan cheese that actually passes both texture and flavor tests. There are a few aged vegan cheeses on the market, but none of them are great, and they're all pretty expensive. Stay tuned!
Posted by Jon at 2:28 PM No comments: