When our friend Riley told us he was having a Jurassic Park themed birthday party, we were overwhelmed with ideas to help make it memorable and excellent. Little plastic mosquitoes frozen in pale juice amber? Make a tray for drinks, tape a cell phone to the bottom that is set up to periodically vibrate to make the ripples in the drinks?

It was clear that guests and hosts were going to go all out with costumes, decorations, etc (see the evidence here) so we wanted to do our part. We watched the movie to get more ideas, and in the end decided to do fossil cookie excavation (from the early scenes in the desert) and a cake for the front gate to jurassic park (so we'd have an excuse to incorporate flame). We also made some little dino side dishes from a special effects cookbook we had, a little stegosaurus avocado to go with chips, and an apatosaurus watermelon bowl.

For the fossil cookies, Sarah made a custom dinosaur footprint cookie cutter by cutting up an old catering tray we had: 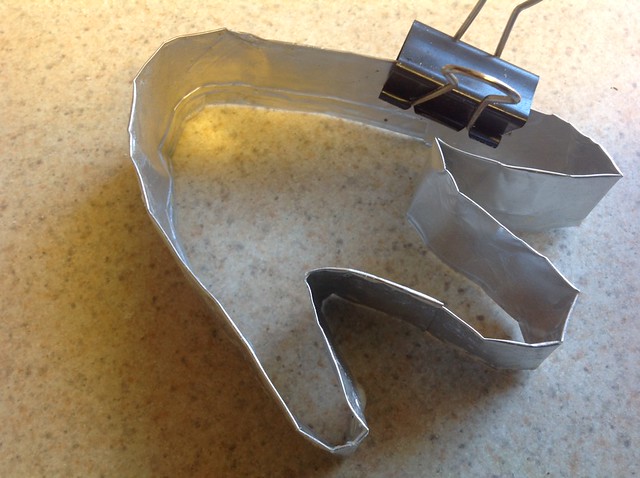 We also made some bone cookies (from a dog bone cutter we had), one person cookie , and then I hand cut a trilobite and a t-rex skull: 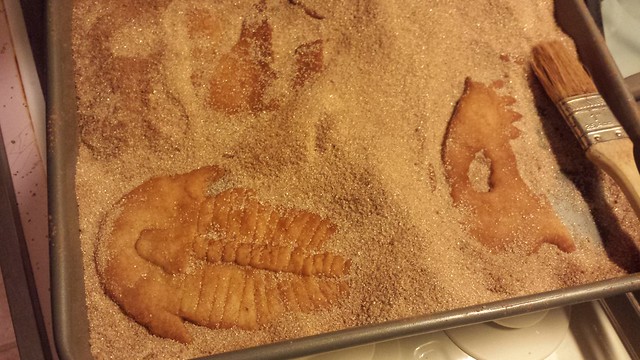 The fun part was that we then laid out the cookies on a tray, covered
them with cinnamon sugar, and dusted a bit of cocoa on top for color
(so it looked like dirt and sand), and left a little brush on top of
the whole thing to excavate the cookies:


For the cake, since a gate isn't that cool looking, we wanted to add a sound and motion component as well as the flame (we'd done flaming sugar cubes before in other cakes). I found a talking horse birthday card where you could record your own audio and the horse would play the audio while his mouth opened and closed. So here's the plain ol' boring cake before being lit and opened: 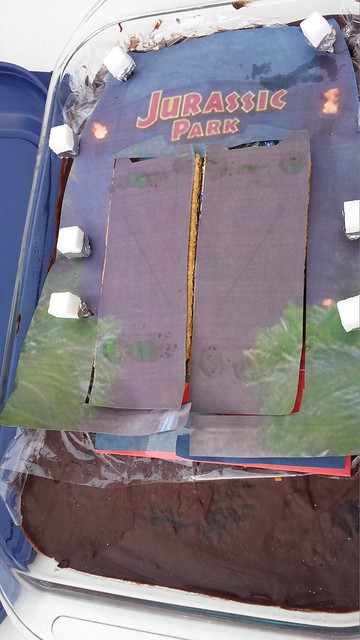 And here's the reveal where we light it and see what's inside:


We also made a fruit bowl out of a watermelon and cucumbers (it looked better earlier before the legs collapsed as the toothpicks cut into the cucumber), and a stegosaurus out of avocado: 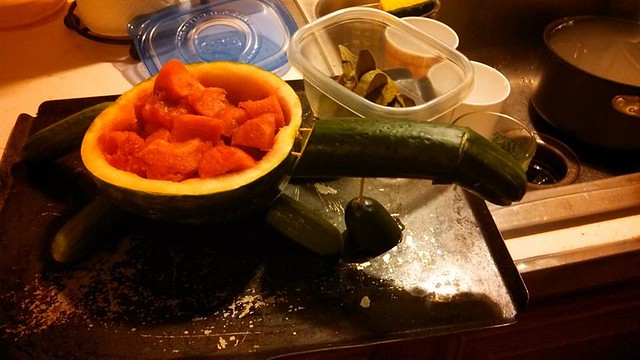 The other really serious effort went into Sarah's costume. We didn't want to buy anything, so I just wore a Mexican wrestling mask I had and went as a dinosaur, and Sarah wore a lab coat I had to be a scientist. But she really wanted to be a dinosaur geneticist, so she made this baby dinosaur out of a glass vase, paper mache, duct tape, foil, and brilliance: 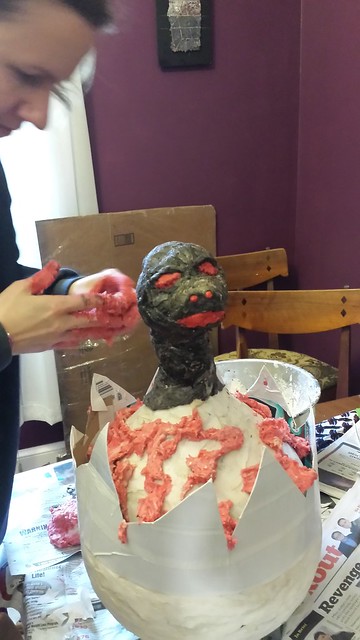 Here is what we looked like at the actual party: 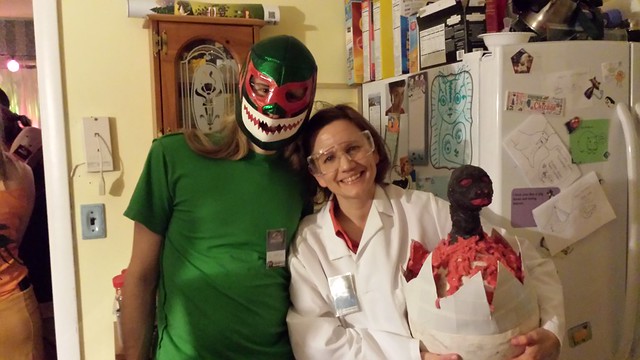 I can't stress enough how fantastic everyone else's costumes and decorations were, you can see more pictures from the party, and there were people dressed as virtually every character, isla nublar beer, dino egg party favors, inflatable dinosaurs, dino kites, test tubes to drink out of, and the list goes on and on. Here is one example of some of the excellent costumes (man on safari being eaten by tiny dinosaurs, triceratops in cocktail dress, and lawyer who got eaten): 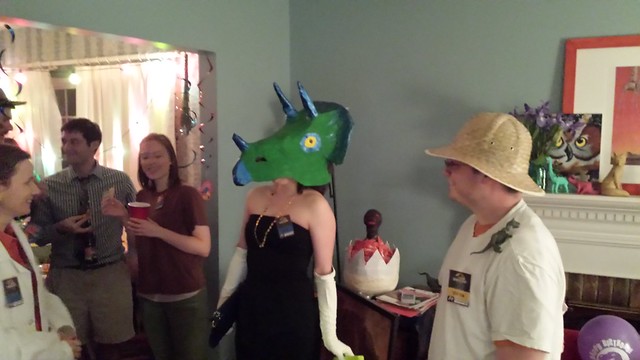